Profession: Office Manager
Age: 41
Country: UK
Procedures: Breast Lift
Cost of holiday: £2,000 inclusive of surgery, 3 nights hospital stay, 5 star accommodation for 10 days all GG services and transfers on the ground in Malaysia. Cost of just the treatments at home £6,000+
“I think my new level of confidence definitely helped get me my new job!”

After her success at losing a great deal of weight – 6 stone – Christine suffered from loose skin and sagging breasts. Not feeling good about the way she looked even after the weight loss, she chose to travel to Malaysia for a breast lift and recovery. 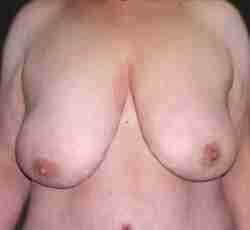 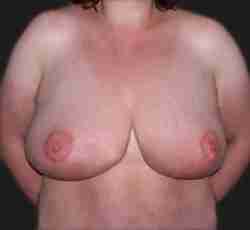 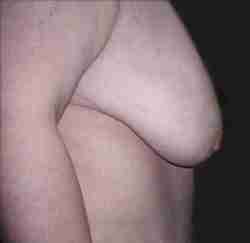 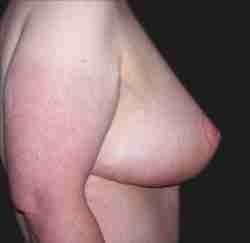 I was very overweight, so I joined weight-watchers and managed to lose 6 stone over 2 ½ years but had problems with excess skin. My breasts were extremely saggy and the nipples were abnormally low down as a result and they just looked awful. This made me feel that losing all the weight had been a waste of time as I didn’t feel or look any better.

Why did you choose to go overseas rather than have the surgery at home? What appealed to you about a cosmetic surgery holiday?

I had previously received a quote for a breast lift/reduction with a private clinic in London and been quoted approximately £6,000 for the surgery.

I chose to go to Malaysia for three reasons – I had previously been there twice before on holiday and loved it, the price was way lower than in UK and I was very concerned about the rising incidences of MRSA in hospitals in the UK. I chose GG as their web-site contained honest accounts of real cases and I was impressed with the surgeon and Louise when I went for the consultation – ie. they showed me photos and were totally honest about any risks etc.

I was never pressurised into making a decision and given time to think it through. I also Googled the surgeon and found him to be extremely well respected in the plastic surgery field.

What were your impressions and feelings after you arrived in Malaysia and what did you think of the surgeon, hospital and GG team?

I was a little bit nervous – it is surgery after all, but felt totally happy and confident about going ahead with the surgery after the consultation at the hospital in KL.

I had told my family and my close friends I was going on a surgery holiday. I was once again extremely impressed with Dr. Jalil, he was very reassuring and down to earth and the hospital facilities were good – having a private room was great!

The GG staff and the hospital staff were extremely caring and helpful and I felt totally well looked after.

I was a bit nervous before the surgery but excited about the results too. The day of the admission I was picked up from the hotel and taken to the hospital – I was very hungry as I hadn’t been allowed to eat after 2am that morning – which is a shame in a place where the food is so nice and cheap!

The costs were confirmed as what had been previously quoted and I agreed to go ahead with the surgery. The hospital and staff were great, reassuring and caring and they really looked after me and monitored my condition at all times.

How do you feel after surgery?

I did not use the self-administering morphine drip as I was never in any real pain at any point. I stayed overnight and was discharged the next afternoon which was great.

How was the recovery for you?

The bruising, swelling and hard areas (blood clots) all went in 2-3 weeks.

I was excited about going home and had had a great trip.

It is now six weeks later and everything has healed really well. I do feel practically back to normal apart from the scars which will fade in time. I have been administering an anti-biotic cream, which I would advise anyone to do. I am now ready to stop using this as there has been no infection and I will start to administer Vitamin E cream a couple of times a day, probably for the next few months.

Were you pleased with your results? How do you feel now and what have people commented on?

Funnily enough I have got a new job – after having had a really stressful year, I had dropped out of teacher training in April and was at a loss as to my next career move, I had an interview the week after I got back and got the job! Am starting in January as Office Manager and I think my new level of confidence definitely helped me get the job!

What would you recommend to other people who travel on a surgery holiday?

I had researched the procedures so was prepared and and taken steps to ensure it was more of a success ie. giving up smoking and taking arnica.

I would definitely recommend this surgery for someone in a similar situation to myself and would advise them to follow the steps I took, both before and after the surgery. I had a great time and felt really well looked after the whole time.

The GG staff were fantastic, they sorted all arrangements out and phoned the hotel everyday to check if there was anything we needed. I really was impressed with their level of care and helpfulness and general friendliness. Likewise, I found all the hospital staff to be professional yet very caring

I felt really well cared for at all times whilst there.

I also loved the hotel and found all the staff there to be extremely helpful, friendly and accommodating to our needs at all times.

Did you value the service that you received? Would you recommend Moviestar Makeovers to friends and family?

The main benefits of a GG holiday are the prices – very competitive – and the excellent level of care. It was also very easy to arrange the whole trip, everyone was very helpful an accommodating. I would have no hesitation in recommending GG to friends and family as we were both very impressed with the service.

If you would like to speak to Christine or other clients please contact us at Moviestar Makeovers.