Courtney’s over the moon with boobs that far exceeded her expectations. 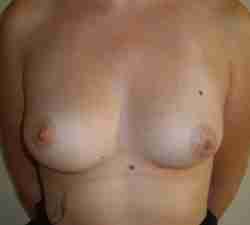 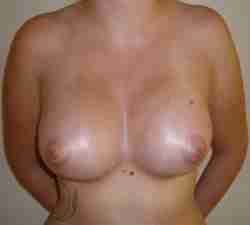 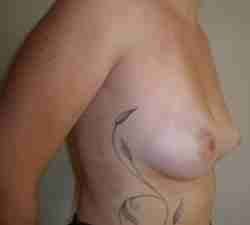 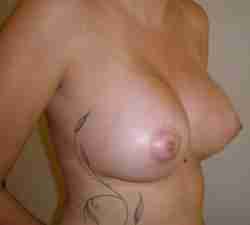 This is her story:
I had been looking at surgery since I was about 16 but obviously I could not have surgery till at least 18 and then I had to get the money together.

I didn’t like that my right breast which was significantly larger than the left and they were on slightly differ ant angles and they have always been that way.

I would have just had it done at home in Australia but I was quoted around $14,000. Though I wanted the surgery but I wasn’t willing to pay that much. So we decided to go overseas because it is cheaper. You can have a fabulous holiday, have the surgery and still come home with change from what you would have if you had have got just the surgery. As long as you do your research there is no difference in quality.

I pretty much made up my mind that I wanted breast implants when I realized they existed. I think they are great because you get the size, shape, more symmetrical, less prone to sagging, don’t have to worry about wearing a bra with your plunging neckline dress, why not? You can’t get every single one of those things without having surgery and even if you could, I’d still opt for the surgery.

Even though I did consult some surgeons at home and it just seemed less stressful to do it overseas. You get everything organized, people come and help you when you get out from the hospital. You just have to choose the surgeon and the hotel, book your flight and they do the rest. A surgery holiday seemed to be the better option and it turns out that it was.

I chose Moviestar Makeovers because I saw them on Channel 7 News and they followed some woman over to KL to see how overseas surgeries work and if they are safe or something and it looked really good, easy and the ladies were really happy with the results.

I was not nervous about the holiday or the surgery at all until the morning of the procedure and I didn’t tell many people that I was going to KL for a boob job mostly because its none of their business and they would probably try and talk me out of it and that would just be a waste of everyone’s time, effort and breath.

Dr Nasir was amazing wasn’t much into talking, kept everything short mostly because he is so busy but it’s great he gets straight to the point.

The hospital is SOOO CLEAN! They took me into the room before you go into the surgery and as soon as they open the door, all you can smell is sterilizing alcohol. It made me feel so safe. The staff were so nice and helpful. Prince Court is way better than any of the hospital in Perth. I was discharged two days later, which was great and they gave me really good pain relief as well.

I was up and about 3 days after surgery, mostly shopping.

I took Vitamin C and Iron for a couple of months before the surgery and I am still taking Vitamin C to help me recover quickly.

I mostly went shopping but after my surgery I went the the KLCC Aquaria and Elephant Reserve. We also went to the Butterfly, Orchid farm and Chinatown.

I was so happy to be going home. I was tired to be in my own bed with my own pillows but I was confident that everything would be fine when I got home and it has.

I feel amazing. SO happy that I can’t describe the feeling. I think as long as you don’t set ridiculously high expectations, you will be thrilled with the result because its better than what it was.

That is the attitude that I went in with, “as long as they look better than what they did.” Everyone else has complimented on them. My mother didn’t even realize – so great feedback from others.

I can now wear those low cut dresses with no backs with out worrying that I don’t have big enough breast.

The main benefits of choosing Moviestar Makeovers is that they organize your appointments, massages, things to do, drivers – absolutely everything – so much less stress than trying to org anise an overseas surgery by yourself.

If you would like to speak to Courtney or other clients please contact us at Moviestar Makeovers.