Procedures: Facelift, Breast Lift, Tummy Tuck, Liposuction to underarm and breast
Cost of holiday: Approximately $23,000, inclusive of surgery, hospital stay, 4-star accommodation for 21 days; all care and transfers on the ground in Malaysia. Cost of just the treatments at home $52,000

Excess skin tormented Leanne after her 30kg weight loss and she finally decided she had enough. 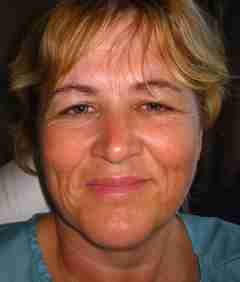 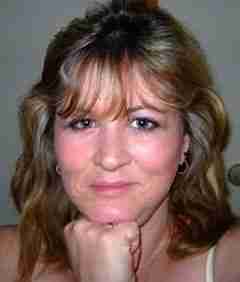 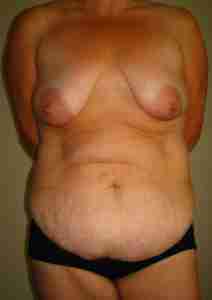 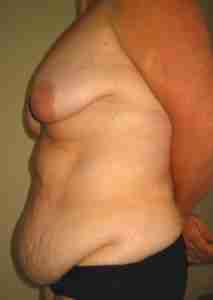 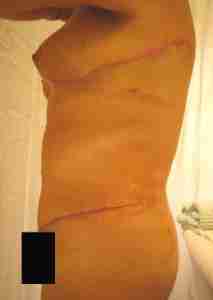 Tackling what the gym couldn’t fix
For me I had considered having plastic surgery after I had lost 30 kilos and was left with a roll, or pouch of fat, that three years at the gym and no amount of exercising would shift. I sought advice from my GP and it was then that we discussed the possibility of having a tummy tuck.

The biggest thing that bothered me about my appearance was the fact that I could never wear clothes other than waisted and belted skirts with long tops that would hide what I felt was an embarrassment. As I had also become involved in sport-based activities, it used to annoy the daylights out of me when I had to wear shorts as long t-shirts became a major wardrobe accessory. I also used to hate running because you could hear the sound of that extra skin moving and flapping against your body. For me that was gross.

As for having my breasts done, that was a decision based on the same issues and after my consultation I was left in no doubt that it was definitely a ‘need to do’ move. My facelift was a later decision after the first surgery, and again after consultation. Losing the weight had left me with saggy eyelids and the beginnings of jowls that I wasn’t enjoying looking at as well as that turkey neck look.

Everything rolling into place
The events surrounding my decision to go ahead were based on the very dramatic difference between the cost in New Zealand compared to the prices offered by Moviestar Makeovers as well as the fact there was a holiday component built into the service. One other benefit was that there was never any difficulty with communication or about who I was taking, or even if I’d wanted to take more than one person with me.

I had made an appointment with a specialist here in New Zealand and had an initial appointment with his nurse which was informative but left me reeling that the tummy tuck alone would cost $20,000 or more. It was after talking to friends and my sisiter-in-law who is a nurse (she came with me as my support person) that we got to talking about having the surgery overseas.

I searched the internet and came across Moviestar Makeovers whose package deals included a vacation as well. Not only that but they were informative and held detailed information about the company, the surgeries, their doctors and locations for surgey. I did further research, emailed and phoned them and nothing was ever an issue.

In most cases, it takes a wee while to organise but my whole package was
organised and I was on the plane off to a new life within a fortnight!

No more hiding
I never felt nervous about the trip, its surgery or what lay waiting after the operation. In fact, I told my sister-in-law that I was going with or without her and she needed to make a decision quick!!

I was excited about what I was intending to do but still only told a few people at work and of course my family what was about to happen.

Actually the most interesting thing was that when I told my parents and one or two friends, they all said to me that I looked great and couldn’t understand why I would want to go. Isn’t it amazing what clothes hide – but it doesn’t hide how you feel or what you know your body looks like.

When I showed them why they were absolutely shocked and said they never
realised. The difference now is they can all see it and I am thrilled with the fact that I no longer have to hide my body shape any more!!

Fantastic hospital, great staff
Doctor Nasir was wonderful. I felt completely at ease from the moment I met him. He explained everything thoroughly which put me at ease straight away.

The hospital was amazing! Prince Court Medical Centre is brand new and at the time I was there, I believe there were only about 8 patients in the entire hospital.

The nurses were friendly and helpful but one needed to remember that there were some language barriers to deal with.

together with other patients, organising other requirements and excursions as well.

I never felt hesitant about my surgery and I would have to say that I felt relaxed before and after, although the discomfort is all part of the process.

I was discharged two days after my facelift, so in total my stay was 6 days, if I remember rightly.

Slow and easy
As far as the recovery process went, I was up and about pretty much within 24 hours. Even after the facelift. The one thing I had to learn was to slow down and take some easy time and allow my body to recover, not easy if yoiu are a busy person.

One of the biggest steps to recovery was eating properly (this wasn’t a problem in the hospital as the food was like something from a 5 star hotel!) However you needed to make sure that you continued to eat well after you left. The other step to recovery was rest, but gradually getting about without taking on too much too soon.

The vacation at the resort was a welcome respite as there was definitely no way I could have flown the distance home to New Zealand so soon afterwards. Something worth treating yourself to after what the body has gone through as well.

Va va voom!
The only unusual thing that happened after the surgery was we went out to do some shopping at one of the malls and while standing there looking confused and rather lost, got chatted up by some guys younger than us!!!

I was really excited to see the reaction from friends and family. Most people couldnt believe the difference and my two daughters and my some were shocked at the size I now am. Their reaction was wortheverything!!

I love my new look and the fact that people are commenting too. It’s great to go shopping as well!!

My life is gradually taking on a new identity and I definitely have dreams and goals that were there but that are now attainable.

I have gained more confidence and have started dating, one or two which have been younger than me, which is another new and incredible experience.

I have lots of people ask me about my experience and have found that they are generally interested to come across someone that has actually one it.

I certainly never regret my decision. It is one of the best ones I have made in my life!

My personal tips
Some useful tips to remember is to take loose fitting clothing as your body tends to swell after surgery. Shorts are kind of out as the compression garments you may need to wear come to just above the knee like bike pants.

If you’re buying your garments up there, one won’t be enough as you need a smaller one to wear later when you get home. Another tip would be to take arnica before and after your surgery. I can’t say it works for everyone, but for me I had very little bruising.

My advice is to check out what you really want to have done, do the research, talk to the consultants and to people that have been to Moviestar Makeovers and had the same proceedures.

Moviestar Makeovers offer a professional service from start to finish and I have no hesitation in recommending their service to anyone considering going.

If you would like to speak to Leanne or other clients please contact us at Moviestar Makeovers.

*These case studies are actual feedback that patients have provided and the photos have not been digitally enhanced. Every patient is an individual and therefore results will vary from patient to patient.